There were remarkable advances in technology in World War II.  As examples, in medical treatment, penicillin saved many lives, and radar provided electronic intelligence.  In tactical logistics, it would be tough to match the impact of the GMC “Duck”. 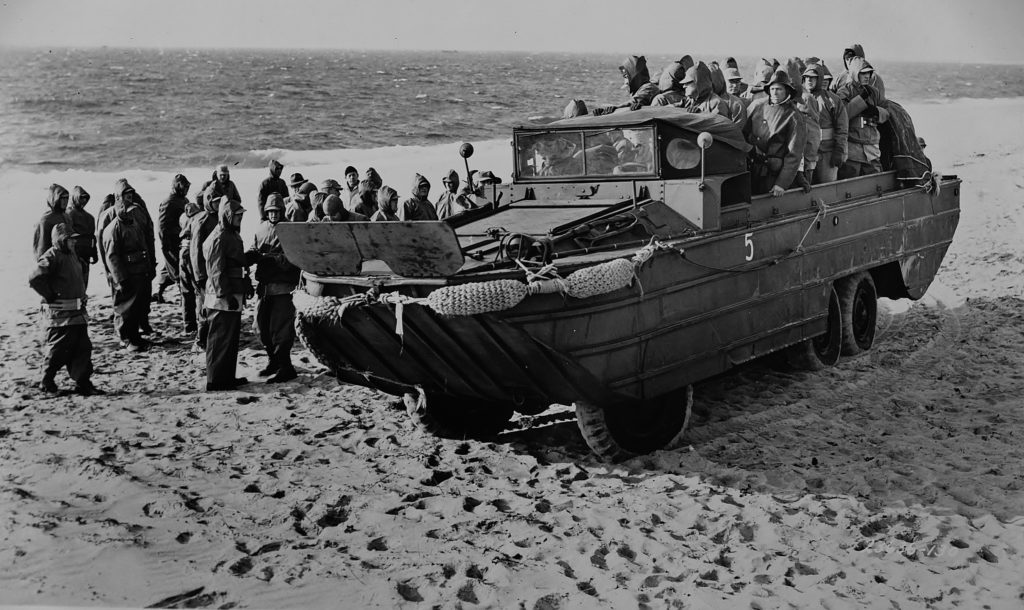 Based on the “deuce and a half” 6 x 6 truck, and formally designated as model DUKW353, this land/water craft with unequaled versatility, quickly became known as “the Duck”.   D indicated 1942 model year, U indicated amphibian, K indicated front axle drive, W indicated tandem rear axles, and 353 indicated 164 inch wheel base.    R. A. Crist’s GMC History reveals: “In April 1942 work was started on the pilot model . . . The first vehicle was completed in 38 days.  Exhaustive tests and refinements in design followed . . . The first DUKW rolled off the assembly line November 10, 1942.”  That is 7 months from design to production!   The vast majority of the units were built in Pontiac, Michigan and some were also assembled in St. Louis, Missouri.

GMC Historian Don Meyer informs us that every Pontiac-built unit was driven from the assembly plant west down South Boulevard to the west end of Crystal Lake where it entered and exited the required water test protocol. 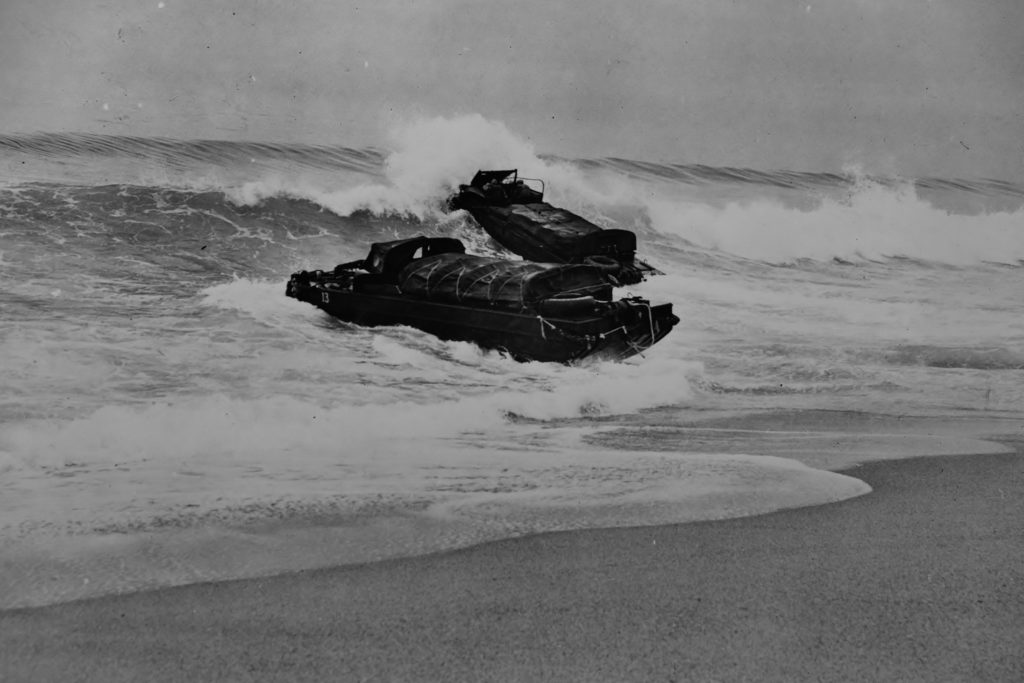 General Motors and Pontiac, Michigan had a truly outsized and major impact on the outcome of World War II.  In his book: Ike, A Hero, Michael Korda quotes General Dwight Eisenhower. “Ike would later comment on the fact that the American “weapons” that made the most significant contribution to the Allied victory were all unarmed – the DUKW, the jeep, the bulldozer, the 2.5 ton four-wheel drive truck (known as the CCKW or deuce and a half) and the Douglas C-47 transport plane”.   On contract with the U.S. Army Ordnance Department, GMC delivered a total of 583,925 vehicles, comprised of 562,746 trucks, 21,147 amphibian “Ducks” and even 32 armored cars.  Pontiac-area citizens can be proud to know that 2 of Ike’s list of the 5 “unarmed weapons” that won WWII are from their town! 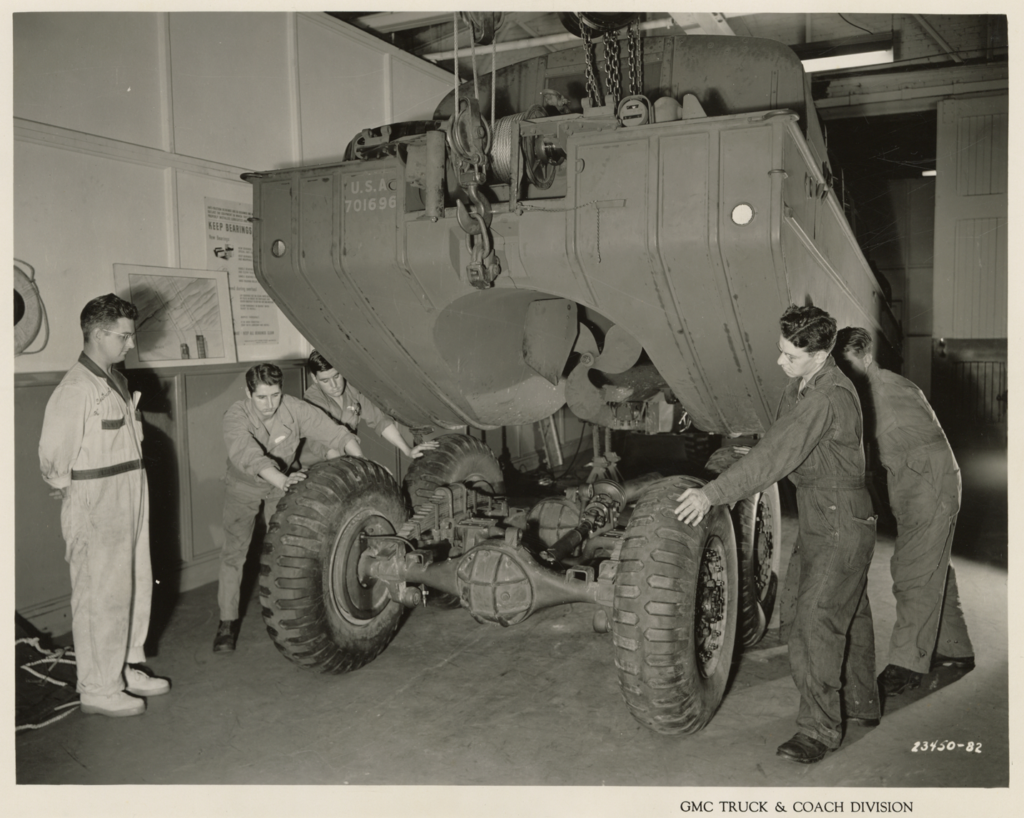 (many thanks to Doug Ritter and Don Meyer for this content!)