About Our Non-Profit Transportation Museum 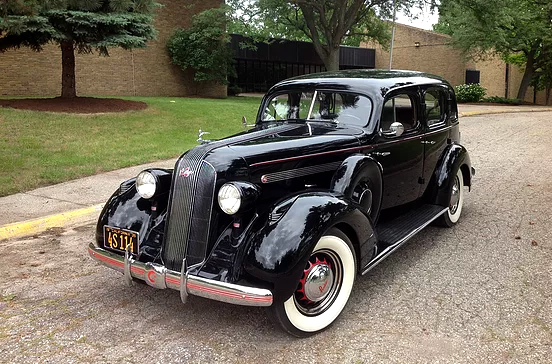 One of America’s deepest legacies of transportation history, innovation, and accomplishment is in the community of Pontiac, Michigan. While nearby Detroit is known as “The Motor City,” here in Pontiac during the late 19th and early 20th centuries some of the nation’s most successful manufacturers of horse-drawn buggies and carriages evolved into the earliest car and truck companies.

Among the dozens of such companies with local roots, two of the largest ultimately became General Motors’ renowned Pontiac Motor Division and GMC Truck and Coach.

To celebrate the heritage and remarkable achievements of these many enterprises, the Pontiac Transportation Museum is being created to showcase examples of the cars, trucks, and other vehicles designed or built here – and the culture that truly changed the nation and the world.

The Museum will also honor the industrialization of this community and the many people whose work inspired these efforts. Through the museum’s existing and growing collections we will endeavor—through displays, teaching, and community programs—to help educate and inspire young people to chart their own destiny in an increasingly technical world.

The Pontiac Transportation Museum is an active member of MotorCities National Heritage Area.   They have been of substantial value in helping our start-up and in particular helping fund our recent website re-development!