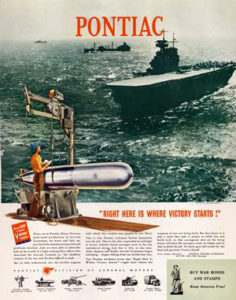 The Bofors anti-aircraft gun (produced in Pontiac’s automotive operations) was one of a wide array of Pontiac-manufactured military vehicles, weapons, and parts.