They are Bunkie Knudsen and John DeLorean – pretty revered names in the auto industry. And who wouldn’t be happy – they put the Pontiac brand on an epic roll. Four Motor Trend Car-of-the-Year awards over a decade and rising up to be the #3 brand in the US car market. 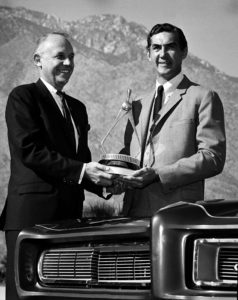 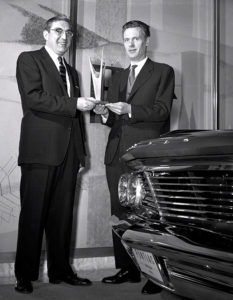