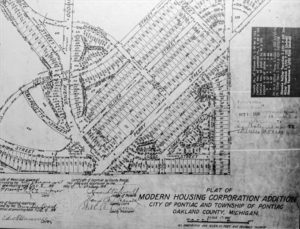 Affordable housing has always been key to access a good stable workforce.

GM started running boarding houses during WWI, followed by the GM Modern Housing projects in 1919 and beyond.

These neighborhoods in Pontiac are a recognized national historic landmark.

14 thoughts on “15. What do these houses have to do with car buff trivia?”